It’s well-known for sure that eating various fruits can be beneficial for our body health. The reason why they are beneficial is that fruits are rich in vitamins and minerals, more over contain a great diversity of antioxidant nutrients which can offer the superb anti-aging and anti-cancer effects. According to the Food Pyramid, it’s recommended that adults eat two kinds of fresh fruits daily. Take fruit as a snack or use them to cook healthy low-fat desserts will satisfy your desire for sweet food while not make you obese.

But do you know that to eat more fruits it can be beneficial to your mental health? A group of British scholars in Boston Scientific Institute located in UK voiced that eating fruits and vegetables is not merely good for body health, but also beneficial to mental health. The researchers invited 14,000 volunteers with the age of 16 years old to participate in the experiment, volunteers consumed a total of 800 tons of vegetables and fruits. The result shows that the more people eat vegetables or fruits, the more they feel happiness. It’s believed that mental health has a bond with numerous factors, including self-perception morally, self-esteem, optimistic attitude towards life and feeling of happiness. In the experiment, there is no one feels pain by eating fruits and vegetables.

There is an old say that”An apple a day keeps the doctor away”. Apple has low calories but rich dietary fiber. Soluble fiber helps reduce bad cholesterol in the blood, while insoluble fiber helps increase the amount of defecation, speeds up the discharge of wastes and maintain gastrointestinal health. Also apple contains a powerful antioxidant nutrient called quercetin which can reduce the chances of suffering from cancer. What else tannins in apple will be able to maintain healthy teeth and gums and freshen breath.

☆ Rinse and peel off the apple, remove the stones and cut into 0.5cm thick slices
☆ In a pot add 40g caster sugar and 20ml water, boil slowly with low fire, stir until coke red
☆ Remove the fire, slowly pour in 30ml hot water and stir and put into mould
☆ Place apple slices in the caramel syrup and store the mould in refrigerator
☆ Stir in remaining 20g caster sugar in milk, heat for 1 minute and stir until melted
☆ Beat egg in a bowl, gently pour in milk and stir well
☆ Slightly pour the pudding liquid in mould, cover it with a plastic wrap and inject a little hot water in ovenware
☆ Put the mould in ovenware and into the microwave and heat for 6 minutes

Tips:
1. After pouring the pudding liquid into mould, it’s suggested to let go of the bubbles by a kitchen paper so that the pudding tastes smoother
2. Match pudding with coffee, it will taste more dense and savory 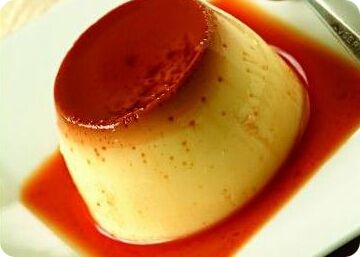 The color of blueberries is generated by a powerful antioxidant nutrient called anthocyanin which can eliminate free radicals that are attacking the body, thus could reduce the risk of cancer or other diseases associated with the aging of the body, such as coronary heart disease and Alzheimer’s disease. Blueberries contain another substance called pterostilbene which has recently been found to have some potential in lowering cholesterol.

☆ Freeze butter cubes
☆ Combine butter cubes with flour, sugar, salt, roll the butter cubes into little particles with your hands until all the mix into sand-like
☆ Pour ice water in the middle of the mix, and stir into a dough
☆ Cover the dough with a plastic wrap, and flatten like a Chinese chess piece, and loosen in fridge for at least half an hour
☆ Cut the dough into a quarter equal parts, roll them into flat ones
☆ Mix the ingredients of filling
☆ Cover the ovenware with sliver paper, lay crust on, pour the filling in the crust and wrap
☆ Let loosen for an hour
☆ Take it out, brush the crust with a little water and sprinkle a little sugar
☆ Preheat oven to 410F and bake for 25 minutes until golden and brown 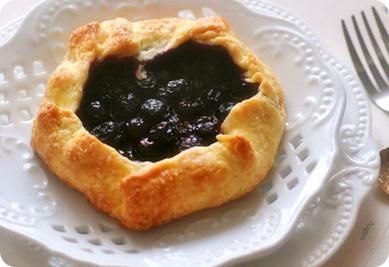 Citrus fruit include oranges, grapefruit and tangerines and all of them are rich in vitamin C. according to the National Academy of Science of US Institute of Medicine, it’s suggested that adults should ingest 75-95mg vitamin C per day. And a medium size orange containing 83mg will be able to meet the daily requirements of our bodies. BUT smokers need take more 35mg of vitamin C because their vitamin C metabolism loses faster. Citrus fruit are also rich in folic acid that could make fetus grow normally so that they are even more necessary for pregnant women.

☆ Peel off the oranges and remove the white lines to lump together
☆ In a pot pour in red wine, water and sugar
☆ Steam wine with slow fire, add in oranges and cinnamon stick, boil for 3 minutes and turn them over and boil for another 3 minutes
☆ Let cool and store in refrigerator for over night
☆ Beat egg yolks with sugar using an electric mixer
☆ Add white wine and lime juice
☆ Whip with slow fire until sticky
☆ Pour the sauce into a container
☆ Cut oranges into half
☆ Preheat oven to 392F and bake for 10 minutes until golden and brown, sprinkle a little powdered sugar 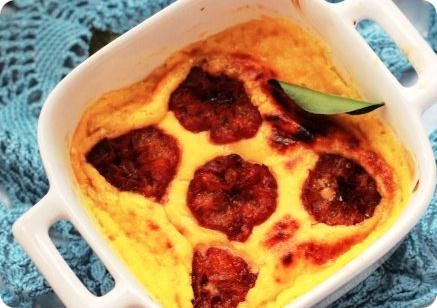 Grapes contain two main types of phytochemicals called flavonoiods and resveratrol to provide health care. Flavonoiods can reduce the chances of stroke. At the same time, resveratrol in grape skins helps to enhance the amount of good cholesterol in the blood and reduce the rate of heart disease. So next time you eat grapes be bound to eat pulps and skins together that can absorb the most beneficial healthy nutrients.

Preparation:
Soak raisins with hot water ahead of day, drain and pour rum in, cover it with plastic wrap and store in refrigerator for over night; bake walnuts for 10 minutes for a better aroma

☆ Soften cream cheese and stir until smooth
☆ Stir in powdered sugar
☆ Add in milk
☆ Add in rum, grapes and walnuts
☆ Cover a plastic wrap on a chopping board, spoon out 12 balls on the plastic wrap, store in refrigerator for 20-30 minutes
☆ In a bowl put in shredded coconuts, roll the cheese balls into round ones, and roll over slightly in the bowl to let the shredded coconuts stick to the balls
☆ Store in refrigerator for 20-30 minutes 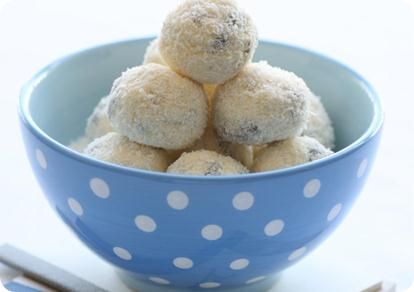