66 year-old American Joan and her husband adopted two turkeys on last year’s Thanksgiving Day, so that the turkeys got rid of the fate of being slaughtered and eaten by people.

Joan introduced that she was a volunteer of “Farm sanctuary activity of turkey adoption plan”, which started at 1986 and aimed to help animals escape the fate of being slaughtered. This year alone it saved 600 turkeys. Like other adoption program, volunteers of turkey adoption must go through a series of filters: a barn or yard for turkey living at home, and preferably no other domesticated animals lived.

Jean Bauer is one of the founders of this activity. He said, for animal protectors and vegetarian people Thanksgiving Day is cruel and very difficult. Now there is a growing respect for his turkey adoption program, but people were shocked when this event had just begun in the 1980s.

In addition to adoption, people can donate money to help them find suitable turkey farm to live. Starting from 1989, the White House had a tradition to pardon turkeys. Last year Obama pardoned two turkeys weighing 45 pounds and they will live in Mount Vernon later.

So, what dishes do animal protectors and vegan people eat on their Thanksgiving Day? Maybe sweet potato pie is an option. Sweet potato belongs to rough food which can substitute refined grain for healthy reason. And it’s high in protein, fiber vitamins and so on which can protect ours from being attacked by heart disease and cancer, also you can eat sweet potato for the reason of losing weight and beauty.

Method:
1. Blend egg yolks, cold water and salt of ingredients for the crust until well incorporated
2. Sift low protein flour and caster sugar of ingredients for the crust in a large bowl, add butter
3. Rub them with your hands until rough. Add egg yolk water of step 1
4. Knead dough gently and put it into fridge for more than 4 hours
5. Remove the dough from the fridge and roll it into an even slice
6. Lay the slice into a pie pan, trim. Poke holes on the bottom with a fork, loosen for 10 minutes
7. Prepare the filling. Peel off the sweet potatoes and steam
8. Blend sweet potatoes and milk, white sugar, egg of ingredients for the filling in a blender until thick and dense
9. Slowly pour the filling into the pie crust about 8 point full appearance
10. Preheat oven to 392F, bake for 10 minutes. Reduce heat to 338F, bake for another 25 minutes until condensed
11. Top with some shredded coconuts 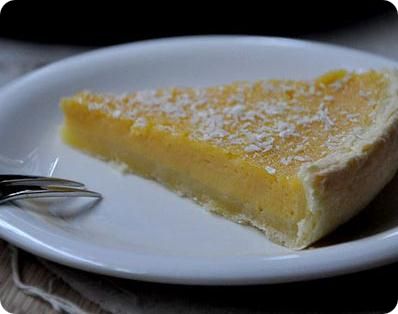 Method:
1. Peel off the sweet potatoes and cut into thick slices
2. Steam in a pot until cooked and soft
3. Drain the water of the pot, mash the sweet potatoes when hot, stir in butter, fresh cream and sugar
4. Mix well until smooth and remove the fire
5. Add half an egg yolk
6. Keep stirring and let cool
7. Roll the well prepared pie crust into a 3cm thick slice (take reference of #1 method to prepare the pie crust)
8. Lay the crust on the pie pan
9. Put sweet potato mashes in crust and brush a layer of egg wash on the surface
10. Preheat oven to 392F and bake for 25 minutes until golden and brown 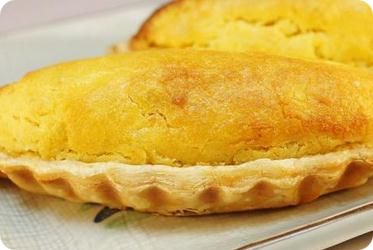 Method:
1. Cut sweet potato into two halves, place them in the ovenware, inject a little water, heat for 4-6 minutes in the microwave or you can steam until cooked
2. Remove the peels of sweet potato and cut into cubes
3. Mix sweet potato cubes with condensed milk until dense
4. Mix sweet potato cubes with caramel until dense
5. Soften the crusts
6. Roll the crust into a rectangular
7. Trim into a rectangular, keep the cut edges. Cut crusts halfway and brush egg wash on one crust
8. Stick the cut edges on the four sides, press hard. And brush egg wash on the cut edges
9. Make several cuts on another crust
10. Top with sweet potato cubes
11. Fold the two crusts rapidly with your hands
12. Freeze for a moment
13. Brush the surface with egg wash and heat oven to 356F, middle layer, bake for 25 minutes 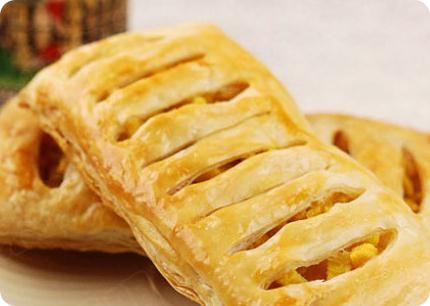