You are bound to have a feeling that there are sooooo many sweets when you go to the supermarkets after arriving in England!!! Indeed, every supermarket in England has its own shelves to put various different kinds of sweets…So today I’ll do a small summary for sweets that are commonly seen in England, and also I’ll list some of my familiar sweets in France and Italy.

Scone must be a dessert that is very representative of Britain, it’s also called muffin or griddle cake. But its popularity seems to be lower than French dessert or Italian dessert. The main components of Scone consist of flour, barley, oats, sugar and more, some Scone also contain small raisins, cheese and dates. Scone tastes a little sweet at large, however the British will spread jam and butter on it when eating. If you feel it too sweet to eat, just balance it with a cup of tea. Scone is an indispensable dessert in English afternoon tea, the Queen eats everyday at all! 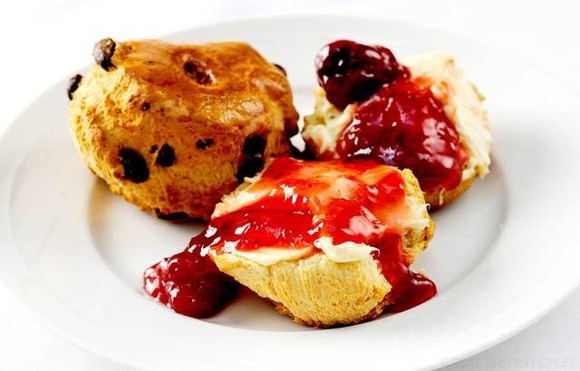 Crumble is an English dessert originated from World War Two. Altough it stemed from England, it was the chef who immigrates from France that first invented Crumble.Crumble tastes like crumbs, in which it includes fruits like apple, rhubarb and peach. Just grilled Crumble is very crisp,while fruits inside are very warm and soft. 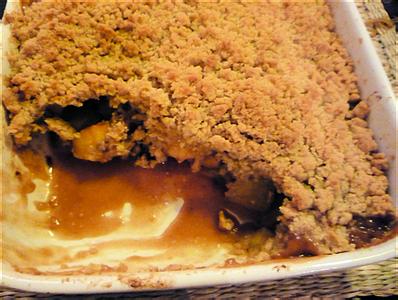 Speaking of Pudding, you can’t be a stranger to it for there are lots of dessert shops selling pudding in our country. But English Pudding is really not the same with ours. Some people may be confused by the different Pudding. Actually Pudding can be divided into various categories; Pudding is a little bit like jelly when you refers to Pudding in the United States and Canada, But that jelly looked Pudding is regarded as a type of Custard in British commonwealth of nations, what they think of Pudding is more like a cake, i.e. Christmas Pudding, sometimes even a sort of dish such as the famous Yorkshire Pudding, Black Pudding<also called blood sausage> and etc….

What David Beckham likes is exactly the Pudding! Its name is Treacle Sponge Pudding, a sponge cake matches with maple syrup, if you want to taste what David likes to eat, just buy them in surpermarkets of England!

No matter what kind of Pudding, you can match it with condensed milk, maple syrup or Custard, tastes good! 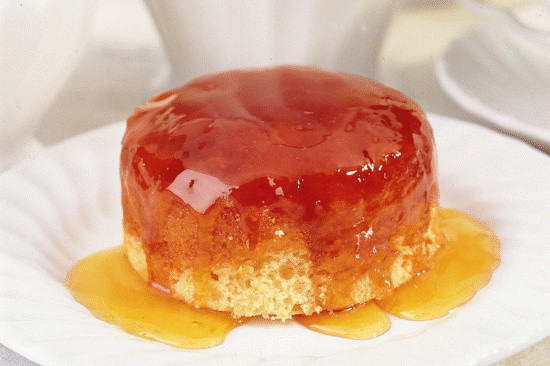 Carrot cake must be the one that British people like the most, the appearance of Carrot cake is because sweetener is very rare in the past, while the sugar content in carrot is very high, so wise people replace the sugar with carrot. The Carrot cake tastes yummy, you can’t feel a little bit flavor of carrot! 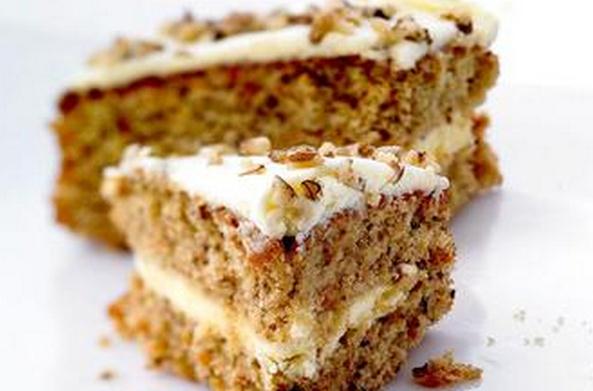 In UK, it is the Trifle that first catches your attention when you are standing in front of the sweets cabinet at supermarket. Trifle looks so attractive with jelly, cream and fruits that are lined up layer by layer. Trifle has quite a long history with its recipe first appeared in 1956 in a book called ‘The good housewife’s Jewell’writing a method of adding sugar, ginger and rose essence on thick cream. 60 years later, Trifle was added with eggs, Custard and bread that was soaked with alcohol. By 1747, Jelly joined in this recipe, and that is almost equal to today’s Trifle. There are many tastes in current Trifle, for example, some Trifle will be added with alcohol<generally Sherry wine, or Madeira wine>, Trifle with no alcohol will be added with something like ginger water. As for the mouthfeel of Trifle, I should call it a combination of jelly taste+cream taste+fruit taste…

Because Trifle looks good, it is basically packed in transparent containers like grass. It is a fantastic choice to eat Trifle in a sunny afternoon with your friends talking gossip. 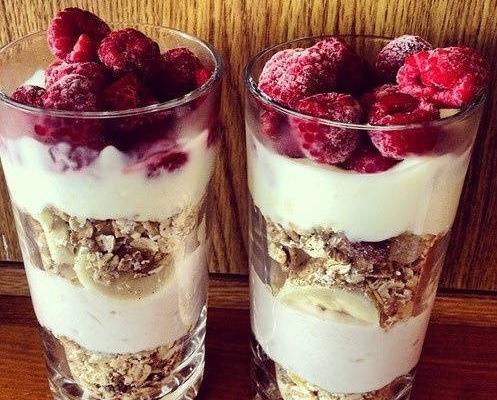 And now let’s go over to French desserts! French desserts are more exquisite than English desserts, by just looking at the dessert, it makes you dream about the romantic France!

Crème brûlée is a traditional French pastry, also known as French Pudding. As early as 1691, there was a French chef who put it in his book. Crème brûlée has a crispy outer skin with caramel, and an inner Custard soft and smooth<Custard is made by baking mixture of whipped eggs and cream>. I think its flavor is similiar with Egg Tart. Traditional savor of Custard in Bûlée is vanilla, and now it has many other savors like lemon, orange and even Green Tea.

Eclair is a classic small dessert that first appeared in 19th century. To put it bluntly, it is a bread wiped with something like cream, but it is really, really delicious so that people can’t wait to eat it all as fast as a lightning<hence the name>. Eclair has a strip shape that is very convenient to eat and you should not worry about dirtying your mouth with cream. It is proper to eat Eclair on parties or afernoon tea. 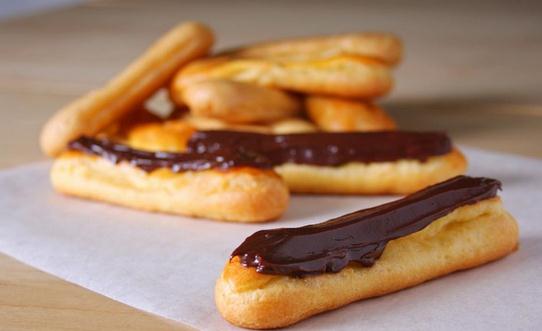 Oh, almost everyone is familiar with Mousse, a kind of milk frozen dessert, sometimes serves as a cake layer. Mousse first appeared in France and resulted from improving cream by chefs. Compared with cream, Mousse is lighter for it has more air and has a softer and finer taste in your mouth. Unlike other desserts, Mousse requires no baking. Add gelatin in after whipping eggs, sugar and cream to a combination. Currently Mousse has lots of taste, but basically fruit. 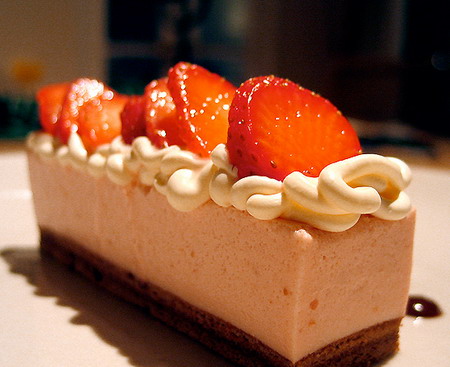 Italian desserts are as good as French desserts, here I will introduce you with two kinds.

Tiramisu is very popular among cakes, and its name means ‘pick me up’or ‘lift me up’. The top layer of Tiramisu is cocoa powder, the lower layer is the mixture of cheese, sugar and egg yolks, and the bottom is lady fingers that are soaked with Rum. 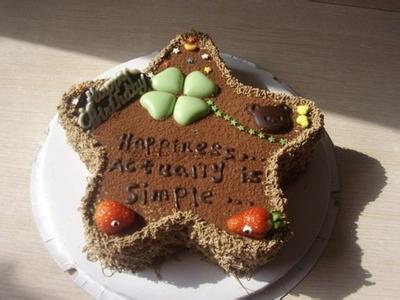 Panna cotta is also named Italian cheese or Italian custard, it may probably be the second famous Italian dessert following Tiramisu. In Italian, it means cooked cream, just as its name implies, the approach to make it is to boil cream, milk and sugar together in a pot, and chill with gelatin. Panna cotta looks like custard, but is more smooth and finer than Brûlée, and tastes great with fresh fruits! 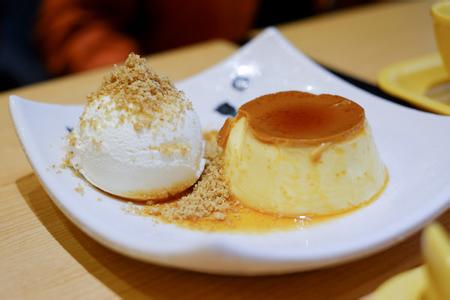