Someone said, “Women have two stomachs, one for dinner, and one for dessert.” Well it’s difficult to resist the temptation of dessert while being afraid of weight gain. That sweet taste and delicate and lovely appearance is kind of like a feeling for first love, forever linger in a woman’s heart. In formal western food, dessert comes at last but it is most expecting by people, and French people even think that it is not to be considered as a western meal if without dessert. and if the first dish is equivalent with a colon, which leads to the following context, then dessert is like a full stop, which is gorgeously sweet to give you the fullest satisfaction.

Some people love dessert, naturally, some people “hate” them. The reason is very simple, desserts have too much sugar to lose weight. It cannot be coexist with the fashion of “thin is the beauty”. Well, it is possible that dessert can make you slim, if only what dessert you eat is just low in calories.

If you like dessert and like to make dessert yourself, follow the 6 steps to make wonderful desserts while calories of dessert are reduced a lot!
1. Add sour fruit in your ingredients, like strawberry, blueberry, lime, mango, which could not merely add some flavor to your dessert, but also healthy with low calories
2. Using gelatin to make dessert jelly-like, which tastes refreshing and sweet
3. Make cupcakes instead of cakes with sponge base to omit the calories of the crust
4. Replace cream and cheese with well-whipped egg white, flavor is the same but calories will be lowered
5. Replace fresh cream (which is used to make mousse) with well-whipped egg white, which has the same effect
6. Use low-fat milk instead of milk when making cake to reduce calories

1. Melt cream cheese over hot water and whip the fresh cream
2. Soak gelatin with water and stir in cream cheese of step 1
3. Mix sugar with egg whites until dense and thick
4. Combine fresh cream of step 1 with mix of step 2 and step 3 until well incorporated
5. Freeze the mix of step 4 in the fridge until condensed
6. Sprinkle some aloe & other fruit cubes

Secrets of low calorie: In comparison with the old fashioned cheese mousse, this new type of mousse is made by whipping egg whites and it is cup-packaged so there is no need of using sponge cake as a cake base, thus extra calories will be reduced. Choose fruit cubes according to your own favorite. 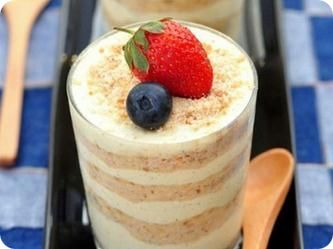 1. Soak gelatin with water until soft
2. In a pot add yogurt, sugar and milk and boil with slow fire until totally melted
3. Add soaked gelatin in the pot and stir well
4. Prepare glass bottles, pour the mix evenly into each bottle until done
5. Put the bottles in the refrigerator to ice for 3-4 hours until shaped

Secrets of low calorie: low-fat frozen milk full of dense milky flavor could be easy to learn all by yourself. 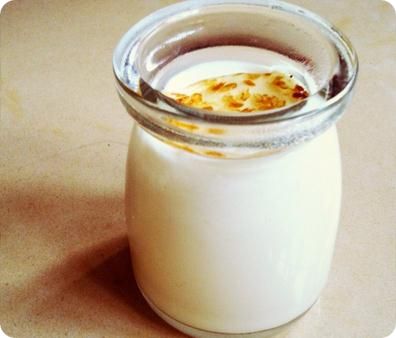 1. In a saucepan, pour water and gelatin and boil with slow fire until utterly dissolved
2. Add sugar in the pan, and then add milk and almond extract and mix
3. Prepare a mould, pour liquid of step 2 evenly into the mould
4. Let the liquid of the mould sit in room temperature for 30 minutes to 1 hour until utterly condensed
5. Demould, sprinkle some fruit cubes and store in fridge 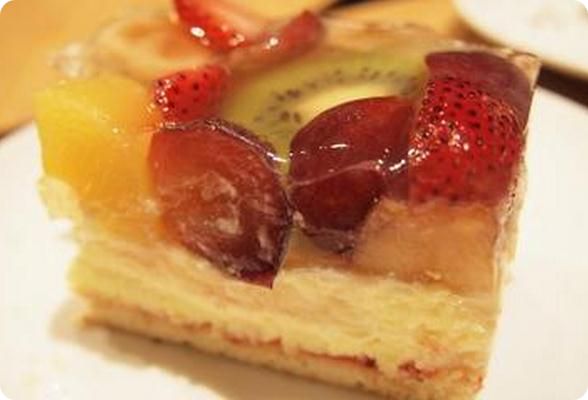 1. Prepare a stainless steel pot, add cheese and sugar until soft
2. Add egg whites, sour cream and fresh cream in mix of step 1
3. Pour the mix in mould
4. Preheat oven to 302F, put the mould in the oven and bake for 40-50 minutes after half an hour 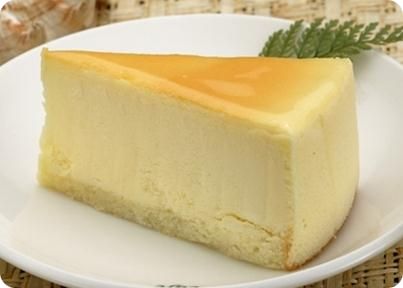 In principle, coffee and red wine are basically the same to match dessert. take coffee for example, light desserts such as small cookies or fruit pie should be perfectly matched with moderate coffee like Guatemala, Brazil Santos or Mexican coffee, while for sumptuous desserts, Sumatra Mandela and Ethiopian coffee would be the best.

Dessert with chocolate is the sweetest dessert, which is best accompanied with strong flavor coffee, baked deeply coffee would be good. The more components of chocolate, the denser flavor of coffee. The best match of commonly seen chocolate pie or other desserts with chocolate is blending coffee made of 1/2 French coffee and 1/2 mocha coffee.